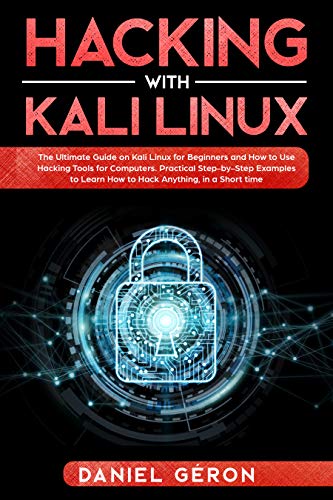 Hacking with Kali Linux: The Ultimate Guide on Kali Linux for Beginners and How to Use Hacking Tools for Computers. Practical Step-by-Step Examples to Learn How to Hack Anything, In a Short time

Each of the tools present in the Kali Linux operating system comes in handy when handling different tasks. There is the chapter where we have discussed about how to carry out a reconnaissance. There are two types of reconnaissance; passive and active. While reading through the Hacking with Kali Linux handbook, you can learn more about the types of reconnaissance. As an attacker or penetration tester, the reconnaissance will come in handy when gathering information before you can launch an attack. The pilot study makes sure that you will gain access to some important pieces of information that will ensure that the attack can progress in a flawless manner.

In this book, you will learn about:

You may just be a beginner who also possesses a limited amount of knowledge about hacking; the only limitation to becoming a professional hacker is yourself.

Scroll to the top of the page and select the BUY NOW button!