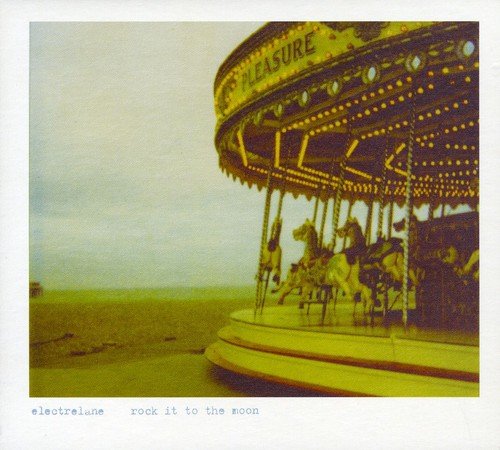 Rock It to the Moon

Originally released on Electrelane's own label Let's Rock in 2002, 'Rock It to the Moon' received much critical acclaim and established Electrelane's as a unique and powerful band. Shunning conventions and expectations, it is a primarily instrumental record that builds with passion, intensity and atmosphere at every twist and turn. 'Rock It to the Moon' is a pulsating, spiraling and emotive beast where dirty metal-derived guitar riffs, heavy bass-lines, omnipresent intoxicating Farfisa organ and a centered, building drum beat weave and climax in a thrilling nu-wave, garage-rock and Krautrock-esque combined assault. At once avant-garde, yet also toying gently with a pop aesthetic - the animated organ on 'Film Music' and 'Blue Straggler' and the chugging guitar, hand-clapping and harmonizing on 'Spartakiade' - each track is unforgettably infectious.