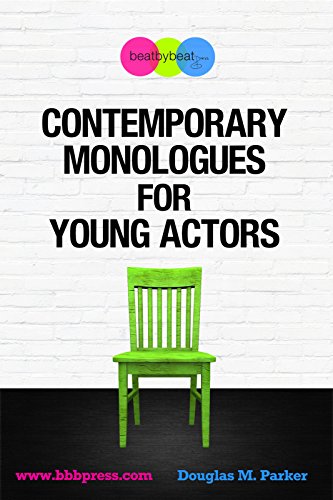 Contemporary Monologues for Young Actors features 54 original monologues created specifically for actors and acting students ages 7-14 and for the teachers, directors and acting coaches who work with them.

Written by award-winning New York City playwright Douglas M. Parker, these refreshing monologues encompass a broad range of circumstances and emotions perfect for young actors seeking new material to explore – some of which will appeal to slightly younger actors and others of which will excite slightly older actors.

Here are some of the features of this book:
- A broad range of circumstances and emotions, from comedic to heartfelt to quirky
- Emotional arcs and strong endings to challenge actors and keep audiences engaged
- Modern day topics with contemporary language
- Convenient organization from “younger” to “older” as the book progresses
- Ideal for auditions, as short performance pieces or for use in the classroom

Below are sample monologues from the book:

Some people think I don’t like sharing, but that isn’t true at all. I love sharing. I mean, what’s not to love about being able to go up to someone and say, “Hey, can I have some of that candy?” And then they give you some! Or, “Can I ride your bike for a while?” And then you get to ride their bike! Sharing is awesome. Sometimes you have to be careful, though. Like if someone comes up to me and says, “Can I have one of your cookies?” Well, if I gave them a cookie, then I might not have any cookies left to share with other people and that would be, like, the opposite of sharing. So I have to say no. Because sharing is really important.

Before we moved here, we had this big dog named Scout. Mom always said he was a total mutt, but I think he was also part collie. And maybe part golden retriever. But he was definitely at least half mutt. Scout was supposed to be the whole family’s dog, but he was really mine. I mean, after school, it was me he would be waiting for. And when anyone threw his ball, I’m the one he always brought it back to. And at night, it was always my bed he slept in. But before we moved here, my Mom found out we weren’t allowed to have any pets, so we had to give him away to my cousins. I don’t really talk about it, but sometimes I dream about Scout. He’s got his ball in his mouth and he’s looking for me. And I’m saying, “Here, Scout. I’m right here.” But he doesn’t hear me, and he can’t see me, and I’m saying, “I’m right here. Scout. I’m right here.” And then, I don’t know, I guess I wake up . . . I don’t know if Scout dreams about me.

I saw on the Discovery Channel where a long time ago, before the beginning of time, the entire universe was as small as the head of a pin. And everything was inside it. Stars, planets, houses, people, cars – other pins. Everything in the universe. And then one day, this head of a pin just exploded and everything came out at like a million degrees hot and a million miles an hour. And all the stars and planets and people and cars just kept getting bigger and bigger, until they filled up all of space and all of time, just burning and melting and spinning. And as soon as I heard that, I knew that I was just like that pin, and that one day I’m gonna explode too. And when I do, fire and stars and whole worlds will come out of me and they’ll be a million degrees hot and they’ll travel so far and so fast that I’ll never have to come back here again. Not ever...Not ever. 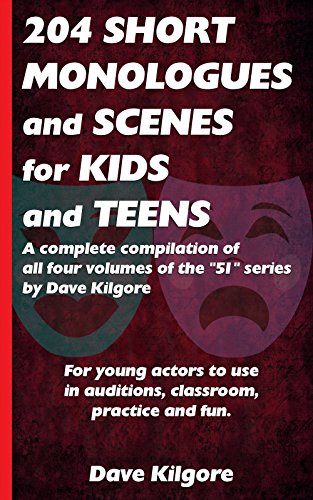 204 Short Monologues and Scenes for Kids and Teens: A complete compilation of all four volumes of the "51" series by Dave Kilgore 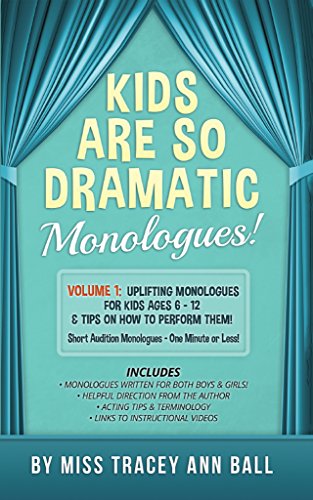 Kids Are So Dramatic Monologues: Volume 1: Uplifting Monologues for Kids Ages 6 - 12 & Tips on How To Perform Them One-Minute Monologues! 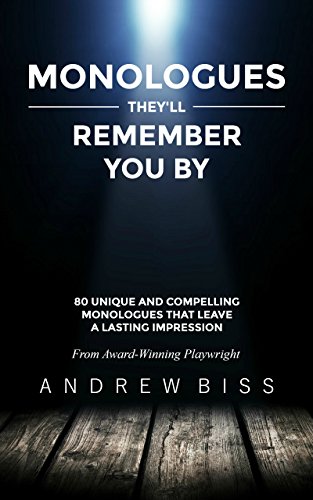 Monologues They’ll Remember You By: 80 Unique and Compelling Monologues That Leave a Lasting Impression 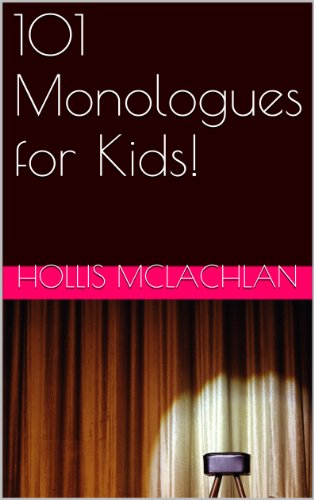 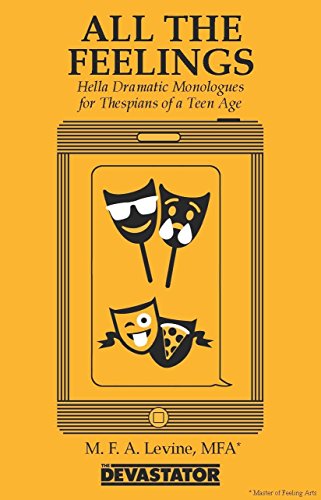 All the Feelings: Hella Dramatic Monologues for Thespians of a Teen Age 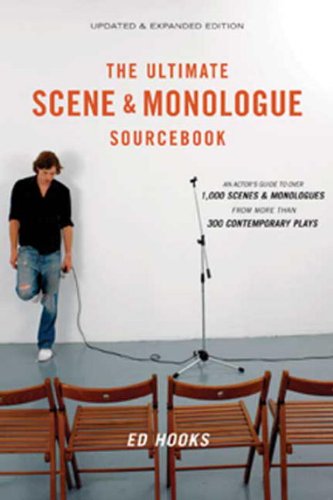 The Ultimate Scene and Monologue Sourcebook, Updated and Expanded Edition: An Actor's Reference to Over 1,000 Scenes and Monologues from More than 300 Contemporary Plays 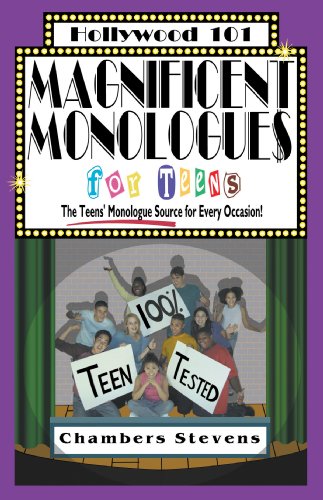 Magnificent Monologues For Teens: The Teens' Monologue Source for Every Occasion! (Hollywood 101 Book 4) 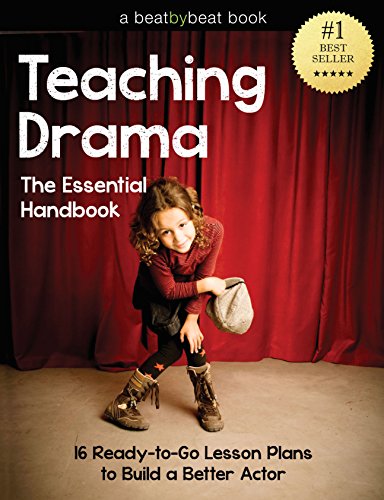 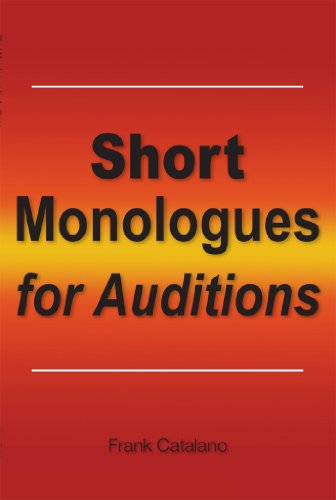 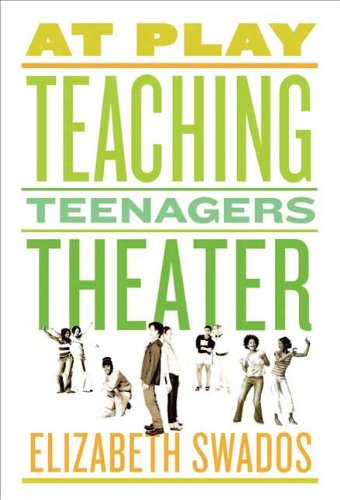