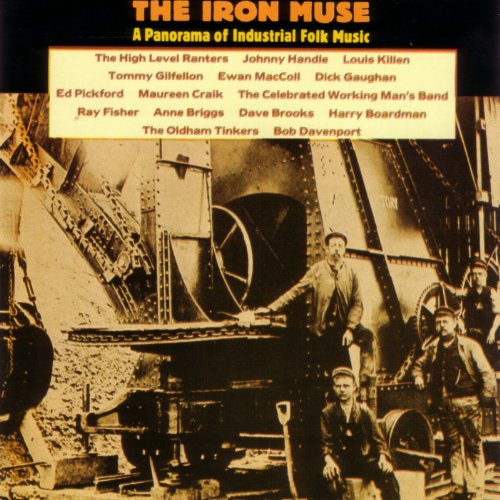 The Iron Muse: A Panorama of Industrial Folk Music

One of the most famous and influential records of the British folk revival, this album gathered songs from mine, mill and factory in a powerfully evocative musical document of the Industrial Revolution and its aftermath. Songs by Louis Killen, Anne Briggs, Ray Fisher and others are interspersed with tunes by the Celebrated Working Man's Band, led by Colin Ross (fiddle). The original album has been extended with songs by Ewan MacColl, Peggy Seeger, Dick Gaughan and other Topic artists. "As timely in the age of de-industrialization as it was in 1956" - SING OUT!