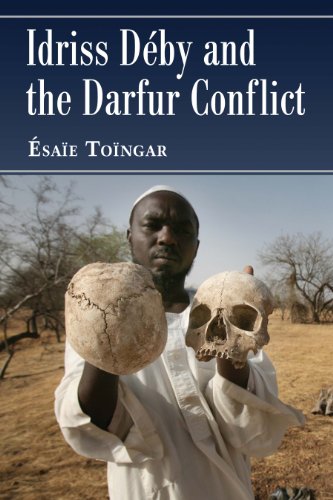 Idriss Deby and the Darfur Conflict

Idriss Déby Itno, current ruler of Chad, is the unacknowledged cause of much of the war and mayhem in central Africa. He is responsible for ethnic violence against his own people; the instigation of two wars in Sudan; the removal of the democratically elected presidents of the two neighboring countries; involvement in war in the Democratic Republic of Congo; an international counterfeiting operation; and the theft of diamonds and property across the region.
Déby commits crimes against humanity, subverts election law and his nation’s constitution, and is greatly responsible for the Darfur and Central African Republic crises but has not been held responsible by the international community, and the French government in particular seems to trust him to protect its regional economic interests, regardless of the human cost.
Déby’s transgressions have until now received little attention, a humanitarian oversight remedied by this work.