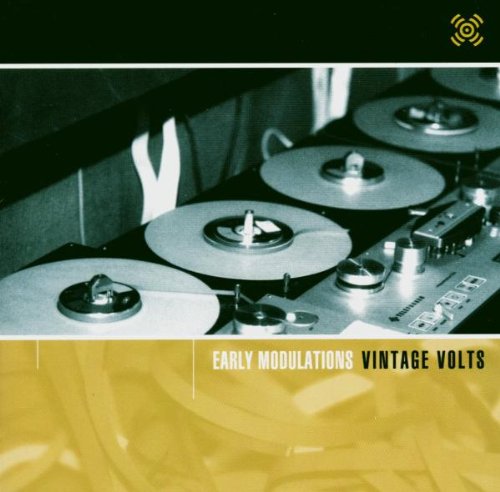 With her film Modulations: Cinema for the Ear and its accompanying CD soundtrack, Iara Lee and her Caipirinha production company/record label attempted to convey a sense of history to the electronic music revolution. Seeking to draw lines of connection from Kraftwerk to Derrick May, Afrika Bambaataa to Aphrodite, Modulations was an insightful stab at a concise, overarching viewpoint. On Early Modulations: Vintage Volts, the lens is focused further into the past, focusing on electronic music experimentation from the '50s and '60s. The musicians featured on this collection, like Pierre Schaeffer and Luc Ferrari, were pioneers of the genre who composed long before the invention of personal computers, sequencers, and samplers. Many of these musicians are obscure to the casual fan, but some of the music represented here made a huge impact on top composers to follow--John Cage's "Imaginary Landscape No. 1" and Morton Subotnick's "Silver Apples of the Moon" influenced everyone from Philip Glass to Mixmaster Morris. But much of the music on the collection remains rooted in its time--Max Matthews's "Bicycle Built for Two" could be the ultimate love song for the Atomic Age. --David Prince