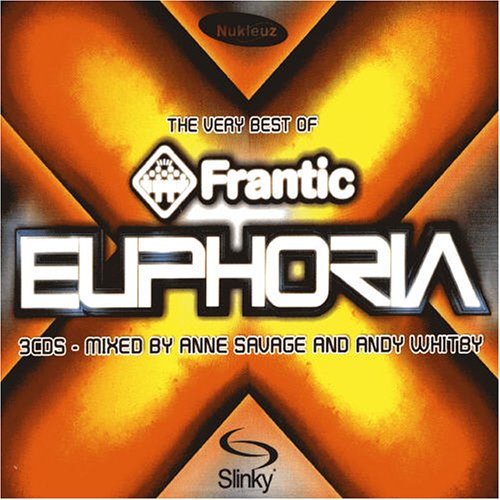 by Ministry of Sound
Loading offers...
Buy on Amazon

Frantic is the Single Biggest Hard House Night in the Country, with a Loyal Following and a Peerless Reputation on the Scene. Through Massive Parties in London and Beyond, They Are Keeping the Spirit of Hard House Music Alive and Command Huge Respect on the Scene for Keeping to their Roots While Retaining a Complete Cutting Edge. This is their Album, a Triple CD Set of the Finest in Current and Classic Hard Dance Music, Mixed by Frantic Heroes and Residents Anne Savage and Andy Whitby. The Album is Split Into One Upfront and One Classic Frantic Disc, with the Third CD Coming from Bournemouth's Legendary Slinky, a Hard House Institution in Its Own Right. As Big Frantic Fans, Slinky Are an Obvious Choice to Guest on the Frantic Album, and the Slinky Classics Disc Showcases Another Side to Hard House Anthems. Frantic Euphoria is a Hugely Commercial Yet Totally Authentic Album with a Core Following and Wider Mainstream Appeal from the Classics.