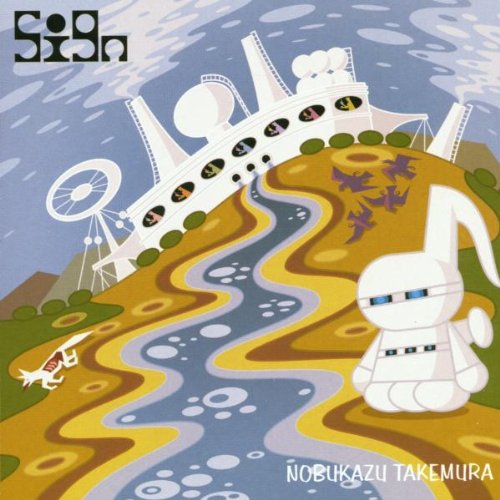 Though thinner than the contemporaneously-released Hoshi No Koe, this four-cut, 65-minute mini-album shows off Takemura's ability to wed Mouse on Mars-like playfulness with experimental moves that don't sound like dissertations. "Sign" manages to stutter and flow at the same time, while "Meteor" trundles along like a vocoder-equipped ice-cream truck. The heart of the CD is "Souvenir in Chicago," a 35-minute workout featuring a handful of the Tortoise mafia. A compelling drone conjured from electronics, melodica, and squeezebox provides the initial stage for John McIntire's ever-fresh rhythmic moves, which eventually give way to Takemura's schizo but no less organic beats. Then the band drops out, and Takemura constructs an abstract concerto from what sounds like the fast-forward buttons on a dozen CD players. Takemura avoids wankiness because his Tao of electronics is receptive, almost Zen-like. You feel he is not inventing his sounds as much as discovering them--and then marveling in their uniqueness. --Erik Davis