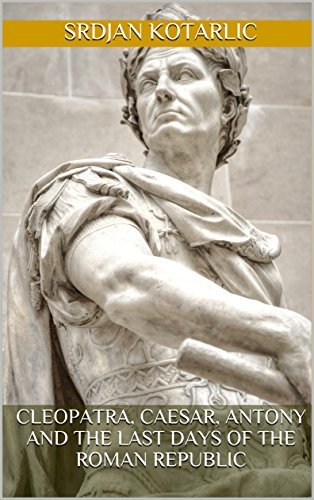 Julius Caesar, Cleopatra, Antony and the last days of the Roman Republic

This book covers the life of Cleopatra, Caesar, Antony and the end last days of the Roman Republic in hopes of providing a glimpse into the life of the great people that marked their time.

Guy Julius Caesar changed the history of Rome, for good and for the bad, leaving a great legacy of statesmanship that lasts to this day and sparks the interest of many scholars. He was born on 13th of July in 100 BC and was assassinated on 15th of March in 44 BC in a century of great change for the Roman Empire that defined its course for the next period, Rome was becoming an Empire leaving behind its Republican roots.