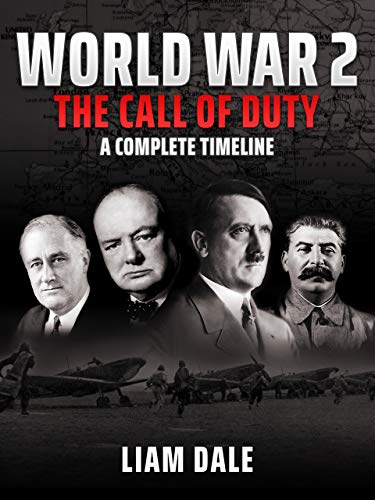 World War 2 - The Call of Duty: A Complete Timeline

The unforgettable history of World War II presented in a chronological timeline format. This is THE definitive guide to WW2 in 24 chapters – each chapter covers a 3-month period throughout the war years of 1939 – 1945.

✔️ You will learn:

To really understand the concept of war, on a global scale, the World War II years of 1939 to 1945 provide perhaps the first complete overview of man’s inhumanity to man, alongside the bravery and heroism that show the very worst and the very best facets of human nature. Incredibly there are archive images from every stage of this conflict, and as we consider the events of the Second World War chronologically, this book will build into the complete timeline.

Whether you are history buff or a scholar of this time period – everyone will appreciate this detailed account of the Second World War.