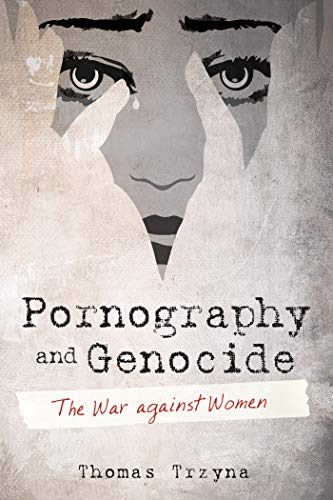 Pornography and Genocide: The War against Women

One out of every thirty five women born is killed for cultural or sexual reasons. In the twentieth century more women were killed for those reasons than all the people who died in wars. Women everywhere live in the higher stages of Gregory Stanton's eight stage genocide scale. Pornography contributes to the peril, whether in the form of battlefield rape films, the rape chants of frat boys, or the massive distribution of violent images on the web and through other media. The United Nations definition of genocide must be changed to recognize women as a targeted group. Pornography and Genocide pulls together the evidence from legal scholars and a myriad of contemporary studies and news accounts from around the world. It is time to face the war against women.

"Pornography and Genocide is difficult but indispensable reading. Trzyna provides evidence from around the world that pornography promotes genocide and is, itself, violence against women. The statistics are appalling and the facts they represent emerge from accepted, often legislated perspectives on women as inferior, usable objects. His carefully documented arguments demonstrate that pornography is a systematic war on females, leading to death of body or soul."
--Karen Strand Winslow, Professor of Biblical Studies, Chair of Biblical and Theological Studies, Director of Masters of Arts in Theological Studies,
Azusa Pacific Seminary

Thomas Trzyna is the author of Cain's Crime: The Proliferation of Weapons and the Targeting of Civilians in Contemporary War (Cascade, 2018), Blessed are the Pacificts: The Beatitudes and Just War Theory, and other books on philosophy and education. Educated at the Universities of California and Washington, he taught at the UW, Ohio State University, and Seattle Pacific University in addition to consulting in the US and abroad.