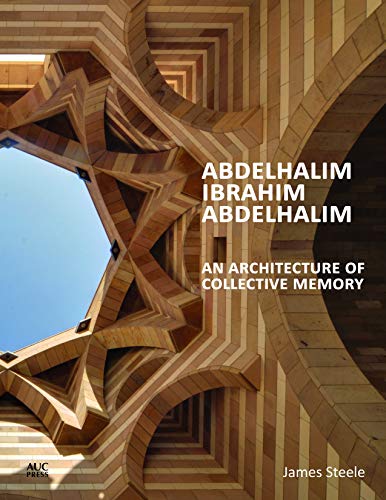 Since 1945, the globalization of education and the professionalization of architects and engineers, as well as the conceptualization and production of space, can be seen as a product of battles of legitimacy that were played out in the context of the Cold War and what followed. In this book James Steele provides an informative and compelling analysis of one of Egypt’s foremost contemporary architects, Abdelhalim Ibrahim Abdelhalim, and his work during a period of Egypt’s attempts at constructing an identity and cultural legitimacy within the post–Second World War world order.

Born in 1941 in the small town of Sornaga just south of Cairo, Abdelhalim received his architectural training in Egypt and the United States, and is the designer of over one hundred cultural, institutional, and rehabilitation projects, including the Cultural Park for Children in Cairo, the American University in Cairo campus in New Cairo, the Egyptian Embassy in Amman, and the Uthman Ibn Affan Mosque in Qatar. The first comprehensive study of the work and career of Abdelhalim and his office, the Community Design Collaborative (CDC), which he established in Cairo in 1978, Abdelhalim Ibrahim Abdelhalim: An Architecture of Collective Memory is inspired by Abdelhalim’s deep belief in the power of rituals as a guiding force behind various human behaviors and the spaces in which they are enacted and designed to play out. Each chapter is consequently dedicated to one of these rituals and the ways in which some of Abdelhalim’s primary commissions have, at all levels of scale, revealed and expressed that ritual. In the sequence presented these are: the rituals of possession, reverence, order, the transmission of knowledge, procession, human institutions, geometry, light, the sense of place, materiality, and finally, the ritual of color.