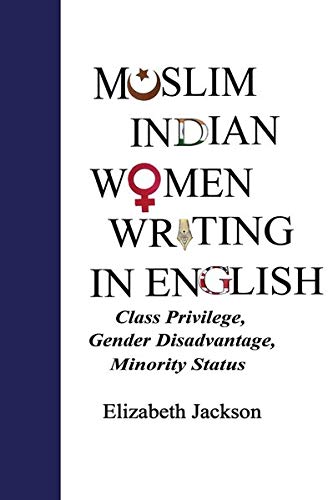 In Muslim Indian Women Writing in English: Class Privilege, Gender Disadvantage, Minority Status, Dr. Elizabeth Jackson conducts a study of the literary fiction of the four best-known Muslim Indian women writing in English during the postcolonial period: Attia Hosain (1913?1998), Zeenuth Futehally (1904?1992), Shama Futehally (no relation, 1952?2004), and Samina Ali (b. 1969). As elite Muslim women in India, the literary vision of these authors is influenced by their paradoxical position of class privilege, gender disadvantage, and minority status. Accordingly, there are recurring thematic concerns central to the fiction of all four writers, each of which forms a chapter in the book: "Religion and Communal Identity," "Marriage and Sexuality," "Gender and Social Class," and "Responding to Patriarchy." The first chapter, "Form and Narrative Strategy," provides an initial framework by examining the literary techniques of each writer.