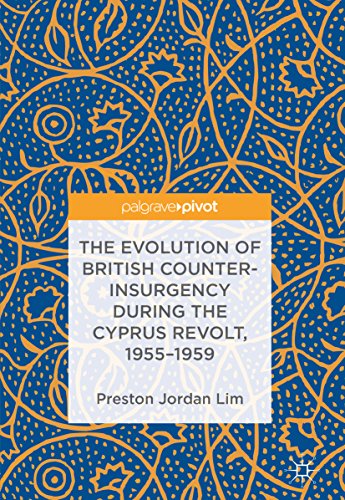 The Evolution of British Counter-Insurgency during the Cyprus Revolt, 1955-1959

This book evaluates the prosecution of British counter-insurgency operations during the Cyprus Revolt of 1955-1959. Historians have typically cast the Cyprus Revolt as a failure, situating it within the larger pattern of the post-1945 failure of conventional armies to deal with insurgencies. By analyzing the reminiscences of British policemen, National Servicemen, and officers both junior and senior, the study provides a ground-up assessment of the British counter-insurgency effort. The work examines also the contradictions gripping Greek and Turkish Cypriot opinion, arguing that developments during this time period set the scene for intercommunal violence in the 1960s and 1970s. Military history is taken in a broad sense and includes the Cypriot government’s attempts to control its image in the eyes of international opinion. By intimately dealing with indigenous news outlets like the Times of Cyprus and Halkın Sesi, this book offers lessons for modern policymakers and civil servants concerned with the importance of sound press strategy.