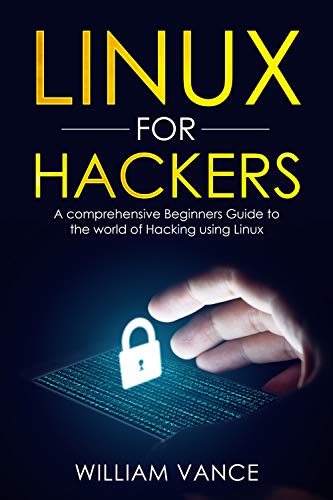 Linux for Hackers: A Comprehensive Beginners Guide to the World of Hacking Using Linux

Linux for Hackers is a beginner’s overview into the Linux hacking operating system distribution, and how to utilize the number of tools that come pre-installed in the hacking distributions. This book will also discuss what hacking is and go into great detail about the different ways of hacking that are available today. The chapters are broken down into an easy to follow guide.

In this guide we’ll cover:

Linux Basics. A hacker introduction. Introduces the reader to basic Linux concepts, what it is, and what components make up the Linux operating system. The concepts will detail the different types of Linux distributions that are utilized mostly by hackers. We will do a deep dive into the Linux Kernel, Linux File system, Linux Process Management and Linux Command Line.

Introduction to Hacking. We will be discussing what hacking is and the different types of hackers there are. We will detail the top 10 Linux distributions that are used for hacking.

Basic Networking Concepts. We’ll cover the basic Networking concepts used in our everyday life and applicable knowledge for the novice hacker. We’ll cover networking reference models and look at the hardware devices active in any network, from switches to routers.

Linux Networking. A basic discussion of Linux Networking. We will be looking at networking services in the Linux operating system and the tools used to gather information about the services.

Basic Scripting Basics. Hackers need to have a clear grounding in shell scripting. We will discuss all the types of shells in Linux and how to create scripts for them.

Installing Kali Linux LAB. This chapter is a LAB that will take the novice hacker through the process of working with one of the tools in Kali Linux. We are going to have a look at the Maltego tool to gather information and perform a hack.

Whether you are interested in a career in hacking, protecting yourself from hackers, or just curious, this book is an excellent beginners guide into the world of hacking with Linux.